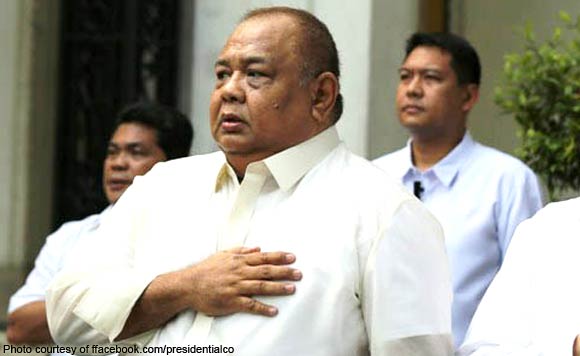 The power struggle between Subic Bay Metropolitan Authority chairman Martin Diño and administrator Wilma Eisma would not be the subject of an inquiry by the House of Representatives had Executive Secretary Salvador “Bingbong” Medialdea done his job.

In his June 20 column for the Philippine Daily Inquirer, broadcaster Ramon Tulfo said Medialdea “didn’t do anything to resolve the crisis” in his capacity as the so-called “little President.”

“[He] practically relinquished his sole prerogative to resolve the crisis to the legislative branch,” Tulfo said.

The tiff between Diño and Eisma started after the former issued an administrative order creating a task force to inspect and monitor SBMA’s business and financial operations.

She said Diño, as chair of the SBMA board of directors, “has no power or authority to issue the administrative order, much less to create a task force that will directly involve itself in the operations and day-to-day activities of SBMA.”

During a visit to Subic on June 6, House members urged the two officials to temporarily stop from doing their duties until the leadership row is resolved.

Politiko would love to hear your views on this...
Spread the love
Tags: Authority chairman Martin Diño, broadcaster Ramon Tulfo, Executive Secretary Salvador "Bingbong" Medialdea, House of Representatives, Philippine Daily Inquirer, Subic Bay Metropolitan Authority, Wilma Eisma
Disclaimer:
The comments posted on this site do not necessarily represent or reflect the views of management and owner of POLITICS.com.ph. We reserve the right to exclude comments that we deem to be inconsistent with our editorial standards.