Mayor Villanueva is psyched for new railway passing through Bulacan 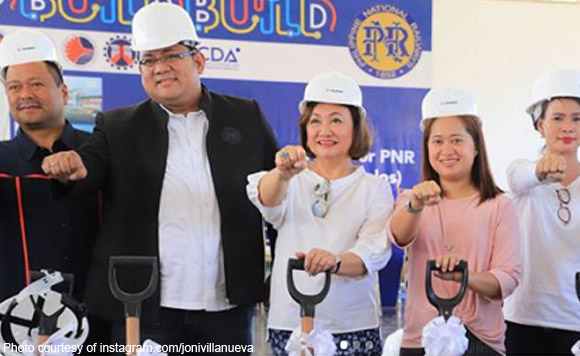 Bocaue Mayor Joni Villanueva-Tugna is happy that a better railway system is in the works Bulacan.

The politiko made a photo collage of all the pictures of her during the groundbreaking ceremony for the North-South Commuter Railway Phase 1 from Malolos to Tutuban on Friday, January 5.

Politiko would love to hear your views on this...
Spread the love
Tags: Bocaue Mayor, Bulacan 3rd District Representative Linabelle Villarica, Bulacan Governor Wilhelmino Sy-Alvarado, Japanese Ambassador Koji Haneda, Malolos, Mayor Joni Villanueva-Tugna, Senator JV Ejercito, Transportation Secretary Arthur Tugade
Disclaimer:
The comments posted on this site do not necessarily represent or reflect the views of management and owner of POLITICS.com.ph. We reserve the right to exclude comments that we deem to be inconsistent with our editorial standards.