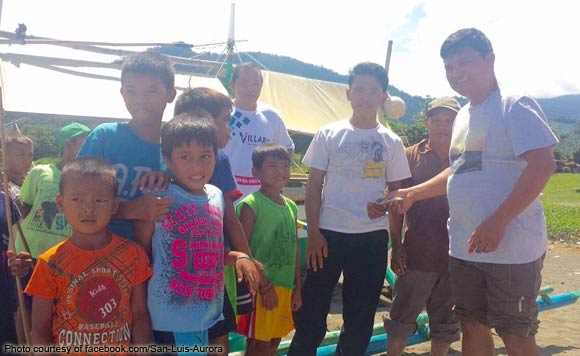 The politiko himself released a baby sea turtle back into the sea after it was caught by fisherman Moises Lumasac in Barangay Dikapinisan.

The politiko gave an incentive to the fisherman and also reminded him about the need to protect endangered species.

Politiko would love to hear your views on this...
Spread the love
Tags: Barangay Dikapinisan, Mayor Mariano Tangson, Moises Lumasac, San Luis
Disclaimer:
The comments posted on this site do not necessarily represent or reflect the views of management and owner of POLITICS.com.ph. We reserve the right to exclude comments that we deem to be inconsistent with our editorial standards.