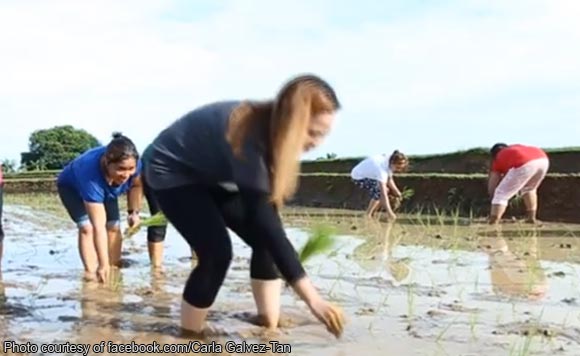 Politikos are often criticized for being out of touch with the people – but not San Ildefenso Mayor Carla Galvez-Tan.

She literally got her hands and feet dirty as she tried out harvesting palay in one of the fields in her town.
Tan posted a video of her experience, even saying how tired her body felt afterwards.

Politiko would love to hear your views on this...
Spread the love
Tags: Mayor Carla Galvez-Tan, San Ildefenso
Disclaimer:
The comments posted on this site do not necessarily represent or reflect the views of management and owner of POLITICS.com.ph. We reserve the right to exclude comments that we deem to be inconsistent with our editorial standards.