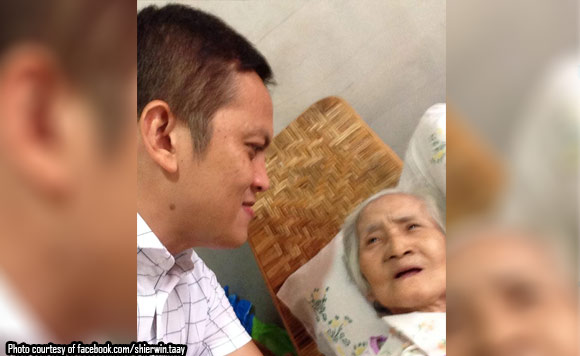 Things got a bit melancholy for Dingalan Mayor Shierwin Taay on Thursday, December 28.

This was because the politiko’s Facebook Memories showed him a photo of his late grandmother, who passed away two years. He then mentioned that his own mother died around the same time this year.

Politiko would love to hear your views on this...
Post Views: 0
Spread the love
Tags: Dingalan Mayor Shierwin Taay, Facebook Memories, FB Memory
Disclaimer:
The comments posted on this site do not necessarily represent or reflect the views of management and owner of POLITICS.com.ph. We reserve the right to exclude comments that we deem to be inconsistent with our editorial standards.