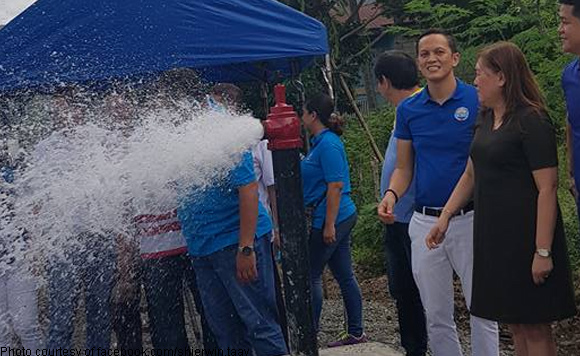 Dingalan Mayor Shierwin Taay is happy the water system in his municipality has finally been inaugurated.

On Saturday, June 16, the politiko posted pictures of the project, made possible with help from the Department of Interior and Local Government (DILG).

He said the local government will soon install the system in every house.

Politiko would love to hear your views on this...
Spread the love
Tags: Department of Interior and Local Government (DILG), Dingalan, Mayor Shierwin Taay
Disclaimer:
The comments posted on this site do not necessarily represent or reflect the views of management and owner of POLITICS.com.ph. We reserve the right to exclude comments that we deem to be inconsistent with our editorial standards.