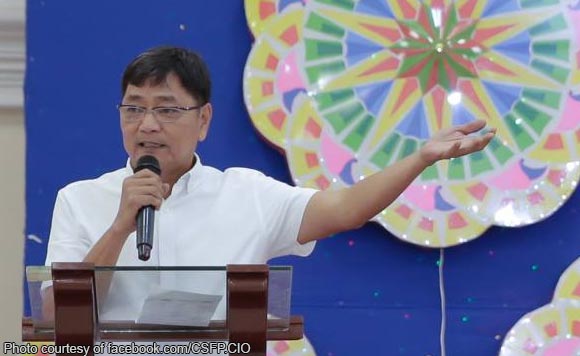 Mayor Edwin Santiago of San Fernando City, Pampanga led last Tuesday the launch of the entire city’s Christmas adornment, marking the start of the Yuletide celebration in what is dubbed as “The Christmas Capital of the Philippines.”

In living up to its brand also as the “Home of the Giant Lanterns,” the city lit up its “Parol San Fernando” along Jose Abad Santos Avenue and at Heroes Hall during the launch.

This year’s Christmas celebration of the city carries the theme, “Lights and Lanterns,” and renowned Fernandino lantern maker Arvin Quiwa was tapped to create the “lights and lanterns” on display.

“One major factor why we are being visited by local and international audience is our culture. The lanterns are our culture, and lantern-making is our industry,” the city government’s information office quoted Santiago to have said at the launch.

“When combined, we are not just doing culture promotion, we also expand our capacity in investment,” he added.

The city mayor regards the “parol” as the city’s utmost symbol, as it injects “cultural excellence” and “investment stability” to the city, the city information office said.

The event was not only highlighted by the ceremonial lit up of the lanterns, but also Christmas carol performances by local groups.

Present in the activity were Vice Mayor Jimmy Lazatin and many other officials.

Politiko would love to hear your views on this...
Tags: Christmas, Edwin Santiago, Pampanga, San Fernando City
Disclaimer:
The comments posted on this site do not necessarily represent or reflect the views of management and owner of POLITICS.com.ph. We reserve the right to exclude comments that we deem to be inconsistent with our editorial standards.