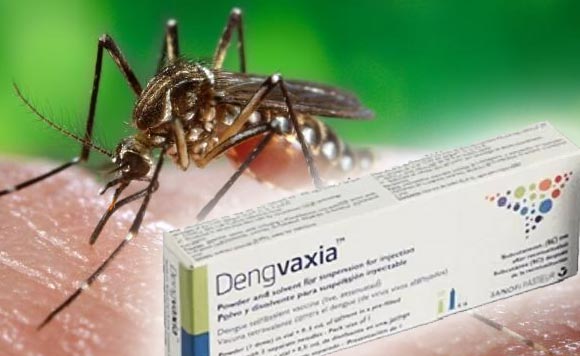 Mayor Edwin Santiago of San Fernando City, Pampanga led Tuesday the launching of a community-based forum about Dengvaxia in his locality.

According to the city information office, the kick-off was held at the Pampanga High School, with parents from the barangays of Dolores, Juliana, Lourdes, San Jose, Sta. Teresita, Sto. Nino, Sto. Rosario, Magliman and San Juan in attendance.

The event was initiated by the City Health Office, in partnership with the Department of Health, to “increase awareness on dengvaxia and to present the health management services of the city.”

The government has pulled out Dengvaxia from its immunization program and the market after its manufacturer, Sanofi Pasteur Inc., admitted that the vaccine is harmful to a person who has not suffered from dengue yet.

Politiko would love to hear your views on this...
Tags: Dengvaxia, Dolores, Dr. Renely Tungol, Juliana, Lourdes, Mayor Edwin Santiago, San Fernando City, San Jose, San Juan, Sanofi Pasteur Inc., Sta. Teresita, Sto. Niño, Sto. Rosario
Disclaimer:
The comments posted on this site do not necessarily represent or reflect the views of management and owner of POLITICS.com.ph. We reserve the right to exclude comments that we deem to be inconsistent with our editorial standards.