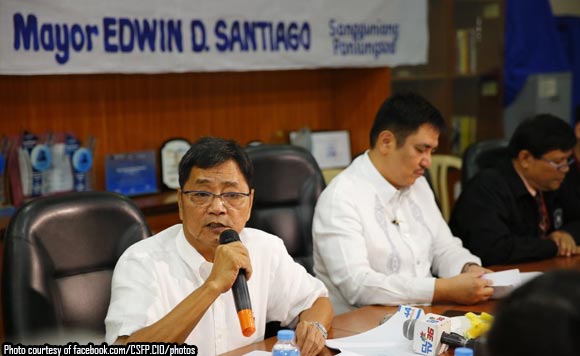 Provincial officials on Wednesday called for the revival of the Paskuhan Village as a cultural heritage.

City Mayor Edwin Santiago and Pampanga (3rd District) Rep. Aurelio ‘Dong’ Gonzales Jr., during the press conference held at Levi Panlilio Conference here, joined hands to fight for the right to bring back the Christmas-themed park.
The Paskuhan Village, or known as the Philippine Christmas Village or Hilaga in City of San Fernando, was established in 1989 as a cultural heritage.

This was owned and operated by the Tourism Infrastructure and Enterprise Zone Authority (TIEZA).

In May 4, 2015, Paskuhan Village was purchased by the Premier Central Inc. for P939.66 million from the government, through the TIEZA.

Before the press conference, Santiago and Gonzales, together with City Legal Officer Atlee Viray, Assistant Solicitor General Justice Joseph Guevarra and Associate Solicitor General Eric Lavadia, filed a complaint for the rescission of the sale between TIEZA and Premier Central Inc. at the Regional Trial Court here.

Gonzales expressed confidence that the case would be resolved.

Gonzales said the provincial government was willing to extend its support to the local government of San Fernando to continue the operation of Paskuhan Village as a cultural heritage and lantern village to showcase the Fernandino crafts.

For his part, Santiago expressed his gratitude to the Congress of the Philippines, through the initiative of Gonzales, for his support to the local government of San Fernando and for his willingness to fight for the right to recover the Paskuhan Village.

“We are doing all efforts to recover the lantern village. We will not waste all the opportunities once we got it back. The city government of San Fernando will try to have an efficient and smooth operation system in the Paskuhan Village. Let us recover and keep our heritage,” the mayor added. (PNA)