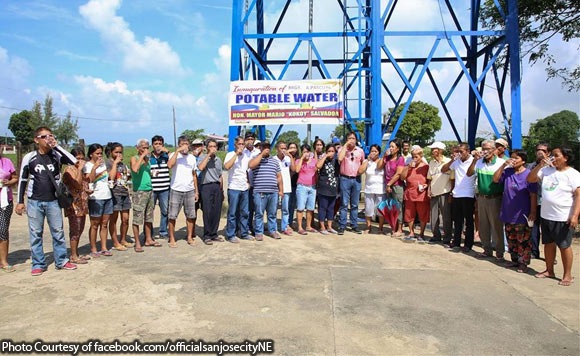 Mayor Kokoy Salvador of San Jose City, Nueva Ecija has led the turnover of a water system project to Barangay A. Pascual.

Dubbed as the Potable Water System (POWAS), the project aims to improve the lives of those San Josenian in the villages where water is a problem, the city government said.

The ceremony, which was held on July 30, was witnessed by the officials of the barangay, local government unit and the residents of A. Pascual.

Politiko would love to hear your views on this...
Spread the love
Tags: Abar 2nd, Barangay A. Pascual, city government, Habitat Village, Mayor Kokoy Salvador, Nueva Ecija, Potable Water System (POWAS), San Jose City, Sitio Pakak, Sitio San Raymundo, Sto. Nino 3rd, Tondod, Villa Joson
Disclaimer:
The comments posted on this site do not necessarily represent or reflect the views of management and owner of POLITICS.com.ph. We reserve the right to exclude comments that we deem to be inconsistent with our editorial standards.