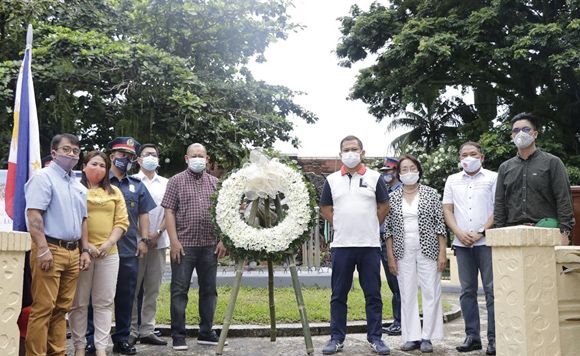 Once a hero, always a hero.

The one and only “Tala ng Baler” former President Manuel Quezon was commemorated on his 76th death anniversary last Saturday, August 1. As big gatherings are prohibited, Mayor Rhett Angara still made sure that the late President Quezon received the honor he deserves. A tarpaulin was put up in his honor as well as flowers were stationed near his statue.

This makes Mayor Angara prouder to be a Baleriano.

Politiko would love to hear your views on this...
Spread the love
Tags: 76th death anniversary, commemoration of Quezon, Mayor Rhett Angara
Disclaimer:
The comments posted on this site do not necessarily represent or reflect the views of management and owner of POLITICS.com.ph. We reserve the right to exclude comments that we deem to be inconsistent with our editorial standards.