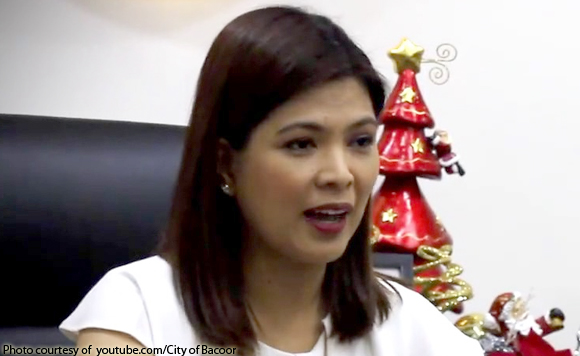 In line with efforts to ensure that Bacoor will be a safer place for its residents and investors, Mayor Lani Mercado-Revilla signed two agreements January 9 with companies who will operate closed-circuit television (CCTV) camera system and communication system in the area.

The lady politiko said this is part of the effort to strengthen the city’s quick response capabilities in emergency situations.

Revilla entered into a memorandum of agreement (MOA) with Cablelink and Holdings Corporation that will operate the CCTV camera system in coordination with the National Rescue 911 for disaster risk management through the company’s enhanced fiber optic facilities for the interconnection of CCTV equipment and other connectivity requirements.

The Bacoor mayor also signed a MOA with Smart-PLDT Alpha Enterprise to beef up their communication systems to respond to emergencies.

Dubbed Project SOS, the initiative will be launched by February and will serve as the Bacoor Rescue 911.

Politiko would love to hear your views on this...
Post Views: 2
Spread the love
Tags: Bacoor, Mayor Lani Mercado-Revilla, memorandum of agreement
Disclaimer:
The comments posted on this site do not necessarily represent or reflect the views of management and owner of POLITICS.com.ph. We reserve the right to exclude comments that we deem to be inconsistent with our editorial standards.