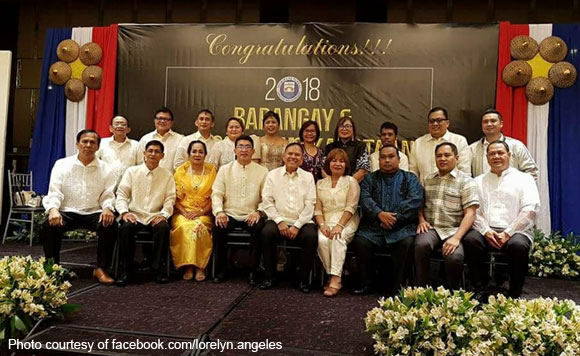 Olongapo City Mayor Rolen C. Paulino has administered the oath of office of 243 newly-elected Barangay and Sangguniang Kabataang (BSK) officials of the city.

“The people have spoken. You are all chosen by your people,” he said.

Melissa Nipal of the Olongapo City Department of Interior and Local Government (DILG) urged the BSK officials to brace themselves and expect that their duties will become harder.

But Nipal, who witnessed the ceremony said that they should not worry because the DILG will continuously provide more trainings to capacitate them and more programs for the improvement of the barangays.

All 17 barangay captains of Olongapo took their oath before Paulino during the Independence Day celebration at Rizal Triangle before participating in the mass oath taking for all the village chiefs in Central Luzon administered by President Rodrigo Duterte at Asean Convention Center, Clark Freeport Zone.

Politiko would love to hear your views on this...
Spread the love
Tags: Olongapo, Olongapo City Mayor Rolen C. Paulino, Subic Bay Freeport Zone, Subic Bay Travelers Hotel
Disclaimer:
The comments posted on this site do not necessarily represent or reflect the views of management and owner of POLITICS.com.ph. We reserve the right to exclude comments that we deem to be inconsistent with our editorial standards.