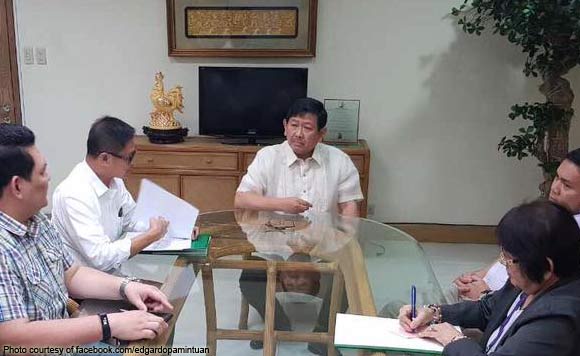 Angeles City Mayor Ed Pamintuan called on the City Peace and Order Council (CPOC) to remain vigilant despite a decrease in crime rate during the first first months of 2017.

The Angeles City Police has reported that crime rate in the city is down by 18.4% from January to May 2017 compared to the same period last year.

But Pamintuan stressed that the city government must not be complacent about threats to security and public safety.

“The country is facing challenges in the bout of security crises and here in Angeles, we should not be complacent that is why the CPOC is doing everything to safeguard the peace and order scenario of the city,” he said.

Politiko would love to hear your views on this...
Spread the love
Tags: Angeles City, City Peace and Order Council, Mayor Ed Pamintuan
Disclaimer:
The comments posted on this site do not necessarily represent or reflect the views of management and owner of POLITICS.com.ph. We reserve the right to exclude comments that we deem to be inconsistent with our editorial standards.