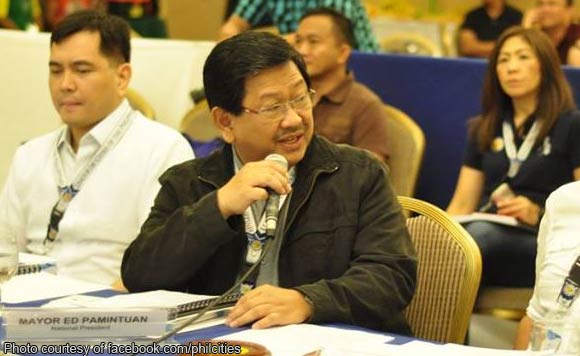 The city government, in partnership with the Bureau of Jail Management and Penology (BJMP) 3 (Central Luzon), has established detention bunkhouses to solve the overpopulation of inmates in prison cells.

A total of 16 container vans were converted into 40-feet jail bunkhouses that could accommodate 558 detainees.

“This is just a first step of our journey in improving the situation of the inmates and our police officers. As advocates of peace and order, we will definitely continue to add more of these bunkhouses to address the issue of overcrowding in detention cells,” Pamintuan said.

The city has a total jail population of 2,512 male detainees while male dormitories could only accommodate up to 273 inmates or an 824-percent congestion rate.

The female dormitories have an ideal capacity of 118 inmates but currently accommodate 358 detainees.

National Capital Region Police Office Regional Director Oscar Albayalde said the number of detainees with health problems, such as tuberculosis, fever, hypertension and diarrhea, was growing due to the lack of detention cells.

“With this situation, it is inspiring to know that the local government officials of Angeles City will not allow the situation to worsen. I hope that your initiative will be an eye opener to other cities and provinces in the country,” Albayalde said.

“As public servants, the conversion of container vans into detention bunkhouses is an expression of support for the plans and programs of the PNP and your commitment to sustain the peace and order in the community,” he added.

With the government’s intensified campaign against illegal drugs and the pursuing effort of the PNP, the jail congestion rate is at all-time high in the whole nation.

The 558 detainees will contribute to the 25-percent decrease in the congestion rate of the Angeles City Jail District as reported by District Jail Warden Neil Basco Subib.

Angeles City Engineer Donato Dizon said a budget of P4.85 million was allotted for the construction of the detention bunkhouse. (PNA)

Politiko would love to hear your views on this...
Spread the love
Tags: Barangay Sto. Domingo, Bureau of Jail Management and Penology, Central Luzon, city government, Director Oscar Albayalde, Philippine National Police
Disclaimer:
The comments posted on this site do not necessarily represent or reflect the views of management and owner of POLITICS.com.ph. We reserve the right to exclude comments that we deem to be inconsistent with our editorial standards.