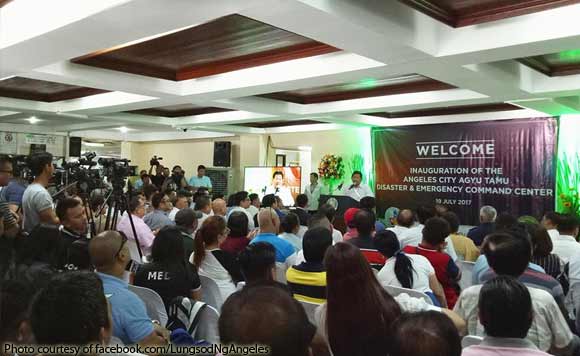 The state-of-the-art command center will not only help the Angeles city government’s respond to disasters but also boost its capability to fight crime, illegal drugs, terrorism.

“The opening of the command center is only the first phase of our effort to make Angeles City a ‘smart city’ at par with the modern and highly-urbanized metropolis of the world. This will be used for emergency and disaster relief and mitigation as well as anti-criminality. It will also integrate the city’s vehicle traffic system,” Pamintuan said.

“Phase 1 shall cover major areas of the city then the next phases will integrate all identified strategic points and roads, and will integrate the various aspects of the command center – from emergency and disaster response to anti-criminality to traffic system and others,” Pamintuan said.

Politiko would love to hear your views on this...
Post Views: 0
Spread the love
Tags: “Agyu Tamu Emergency Disaster Command Center”, Angeles City, Mayor Ed Pamintuan
Disclaimer:
The comments posted on this site do not necessarily represent or reflect the views of management and owner of POLITICS.com.ph. We reserve the right to exclude comments that we deem to be inconsistent with our editorial standards.