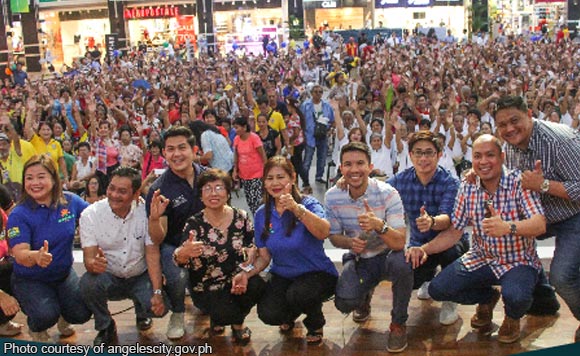 Pamintuan is capping his term as mayor next year, and will be seeking a party list representation in Congress.

The politiko graced the Elderly Week event at the MarQuee Mall Activity Center, together with Vice Mayor Bryan Matthew Nepomuceno.

According to a statement from the city government’s information office, Pamintuan “emphasized in his message the need to give the younger generations of public servants the opportunity to lead the city.”

Gloria Tanhueco, head of the Office for Senior Citizens Affairs of the city government, thanked the administration of Pamintuan “for painstakingly advocating the rights and welfare of the senior citizens through various programs and legislative measures,” the information office said.

Politiko would love to hear your views on this...
Spread the love
Tags: Angeles City, Bryan Matthew Nepomuceno, Congress, Edgardo Pamintuan, Pampanga
Disclaimer:
The comments posted on this site do not necessarily represent or reflect the views of management and owner of POLITICS.com.ph. We reserve the right to exclude comments that we deem to be inconsistent with our editorial standards.