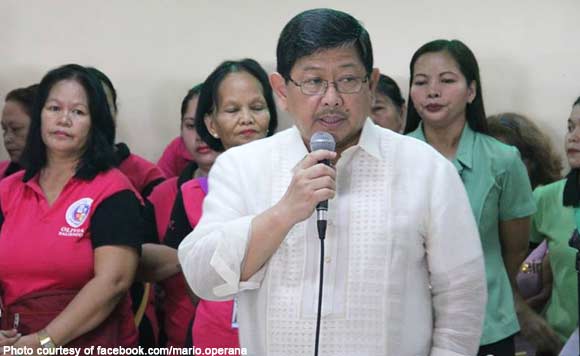 Angeles City Mayor Ed Pamintuan on July 5 led the city government in a march against drugs and terrorism.

The Pampanga politiko said the rally is his way of reminding “people of the dangers brought by the use illegal drugs.”

Pamintuan also urged Angeleños to “fight for peace and order not only for our city, but for the Philippines as well.”

He assured Angeleños that the city is safe from attacks.

“There is nothing to fear for we are doing everything to ensure the safety of the city and its people,” Pamintuan said.

Politiko would love to hear your views on this...
Spread the love
Tags: Angeles City Mayor Ed Pamintuan
Disclaimer:
The comments posted on this site do not necessarily represent or reflect the views of management and owner of POLITICS.com.ph. We reserve the right to exclude comments that we deem to be inconsistent with our editorial standards.