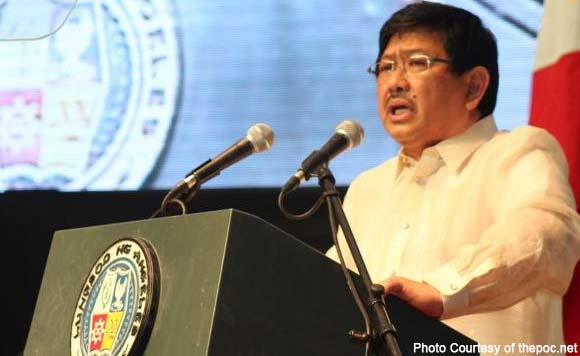 Angeles City Mayor Ed Pamintuan, as national president of the League of Cities of the Philippines (LCP), has signed a memorandum of cooperation (MOC) with the Mindanao Development Authority (MinDA) to assist in the rehabilitation of Marawi City.

The Pampanga politiko, in the MOC, committed to collaborating with MinDA in the reconstruction, rehabilitation, and development of Marawi and other cities affected by the clashes against homegrown terrorists in Mindanao.

The LCP, under the MOC, will facilitate assistance from its member cities.

MinDA, meanwhile will formulate a framework outlining the capacity of other Philippine cities to render assistance.

Pamintuan is a big supporter of President Rodrigo Duterte’s declaration of martial law in Mindanao.#

Politiko would love to hear your views on this...
Post Views: 0
Spread the love
Tags: Angeles City, declaration of martial law in Mindanao., League of Cities of the Philippines, Marawi City, Marawi rehab, Mayor Ed Pamintuan, memorandum of cooperation, Mindanao Development Authority, Pampanga, president Rodrigo Duterte
Disclaimer:
The comments posted on this site do not necessarily represent or reflect the views of management and owner of POLITICS.com.ph. We reserve the right to exclude comments that we deem to be inconsistent with our editorial standards.