Mayor Pamintuan hopes P1.3-B infra projects in Angeles City to be rolled out under him 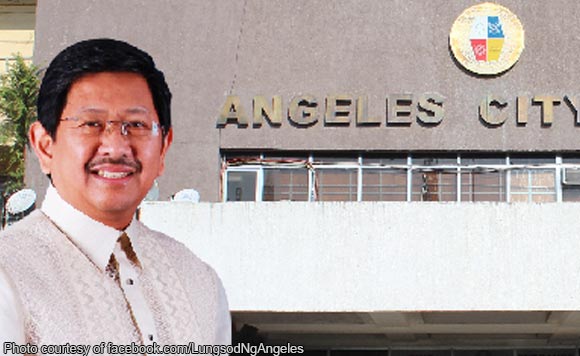 Angeles City Mayor Edgardo Pamintuan has expressed optimism that all six major infrastructure projects for the city will be realized before his term ends.

The P1.3 billion-big ticket infrastructure plan will be implemented through the Department of Trade and Industry (DTI) and the Department of Public Works and Highways (DPWH) Convergence Program under the 2019 Roads Leveraging Linkages of Industry and Trade (ROLL-IT).

Dubbed as the ROLL-IT Projects, Pamintuan, who also heads the Regional Development Council (RDC) of Central Luzon, said these would not only improve the present traffic condition of the city but also, “to connect the different parts of the city to economic opportunities.”

“We are now benefitting from the national government’s policy on infrastructure development. The construction of new road links and improvement of the existing ones will surely spur economic activity in the city,” the mayor added.

Included in the list of ROLL-IT priority infrastructure projects is the construction of the P236- million NLEX-SCTEX Connecting Road (Abacan Expressway) in support to the furniture, IT-BPM, hotels, garments and textiles industries of the city.

The expressway, which will feature a highway, promenades, and a bicycle lane of modern urban design, will connect the east and west portions of the city starting from the Abacan-Pulung Maragul Bridge all the way to the Abacan-Anunas Bridge.

Politiko would love to hear your views on this...
Spread the love
Tags: 2019 Roads Leveraging Linkages of Industry and Trade (ROLL-IT), Angeles City, Central Luzon, Department of Public Works and Highways (DPWH), Department of Trade and Industry (DTI), Edgardo Pamintuan, infrastructure plan, Philippine Export Zone (PEZA), Regional Development Council (RDC)
Disclaimer:
The comments posted on this site do not necessarily represent or reflect the views of management and owner of POLITICS.com.ph. We reserve the right to exclude comments that we deem to be inconsistent with our editorial standards.