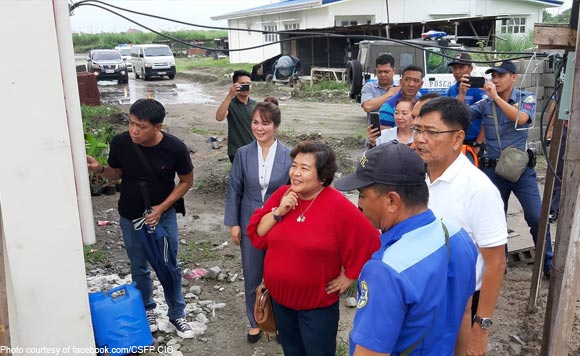 The city government of San Fernando has garnered a high rating in the clearing operations of the Department of the Interior and Local Government (DILG) in compliance with Memorandum Circular 2019-21.

Following a validation and actual inspection of the DILG in the last quarter of 2019, the DILG report showed that San Fernando was able to comply with the following indicators: ordinance, inventory, road clearing, displacement, rehabilitation, and grievance mechanism.

These indicators cover a number of deliverables to be performed by a local government unit — from the enactment of a Sangguniang Panlungsod ordinance on road clearing and banning of road obstructions to the actual operations.

The city’s accomplishments include clearing operations in the city’s major areas such as Jose Abad Santos Avenue, MacArthur Highway, Lazatin Boulevard, and Poblacion.

Apart from this, the city government, through the City Public Order and Safety Coordinating Office (CPOSCO), has also been providing assistance to all the 35 barangays of the city in their respective clearing operations.

Meanwhile, Santiago said the positive results should be credited not only to the city government but also to the public that continuously supports its initiatives.

The CPOSCO said there were more than 14,000 recorded apprehensions of different violations made by motorists, including public utility jeepneys, motorcycles, tricycles, heavy vehicles, and private vehicles during the same period last year.

Clemente said the DILG is set to conduct another validation and inspection in the first quarter of 2020. (PNA)

Politiko would love to hear your views on this...
Post Views: 2
Spread the love
Tags: clear, Edwin Santiago, Mayor, Memorandum Circular 2019-21, San Fernando
Disclaimer:
The comments posted on this site do not necessarily represent or reflect the views of management and owner of POLITICS.com.ph. We reserve the right to exclude comments that we deem to be inconsistent with our editorial standards.