Mayor Donya Tesoro is back on TV, gets interviewed by Tito Boy 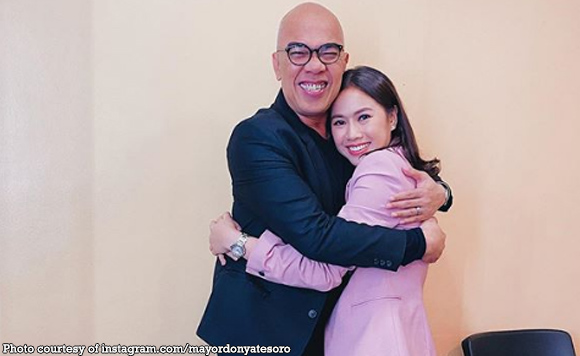 Mayor Donya felt so blessed for the privilege to be interviewed by a local great. She took to her social media channels to promote the episode—a way also of saying how grateful she is to be invited as a guest for the show.

What a privilege to be interviewed by Tito Boy. Airing tonight on ABS-CBN’s The Bottomline ? Too blessed. ??

Politiko would love to hear your views on this...
Spread the love
Tags: International Women's Day, San Manuel Mayor Donya Tesoro, Tito Boy
Disclaimer:
The comments posted on this site do not necessarily represent or reflect the views of management and owner of POLITICS.com.ph. We reserve the right to exclude comments that we deem to be inconsistent with our editorial standards.