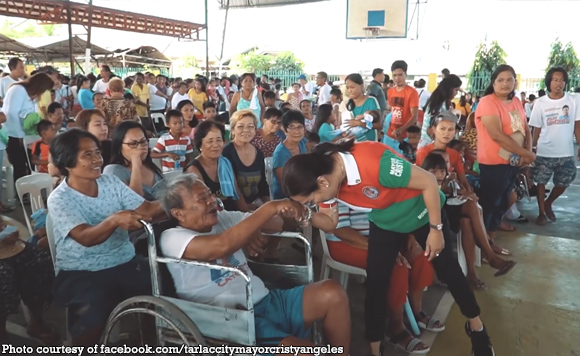 Leave it to Tarlac City Mayor Cristy Angeles to be extra this Christmas.

It’s not only major television networks that mount grand productions for a Christmas station ID. Tarlac City has its own Christmas jingle and a video to accompany it. All thanks to the efforts of Mayor Cristy and her team, the production was made possible and touched the hearts of many Tarlaqueños.

Watch the video and see the full lyrics here:

Politiko would love to hear your views on this...
Spread the love
Tags: Christmas, Tarlac City, Tarlac City Mayor Cristy Angeles
Disclaimer:
The comments posted on this site do not necessarily represent or reflect the views of management and owner of POLITICS.com.ph. We reserve the right to exclude comments that we deem to be inconsistent with our editorial standards.