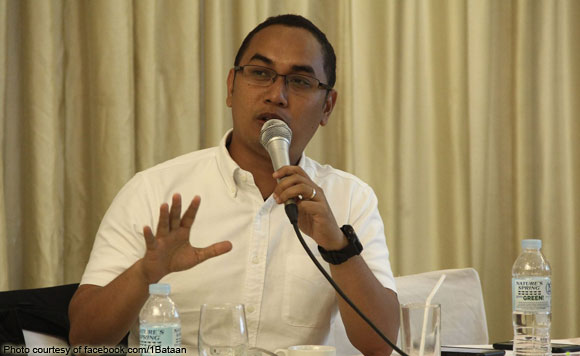 Mariveles Mayor Ace Jello Concepcion has announced that a new legislative building named after the late Bataan representative Tet Garcia will be constructed for the municipality.

The Bataan politiko said the legislative building will be constructed after the “one-stop-shop” building is completed.

The new legislative building will house the Sangguniang Bayan session hall and the offices of the councilors.

It will also feature a museum that will house Garcia’s memorabilia.

Concepcion also said that naming the new legislative building after Garcia will let the late Bataan politiko’s legacy to live on.

Politiko would love to hear your views on this...
Post Views: 0
Spread the love
Tags: Bataan representative Tet Garcia, Mariveles, Mayor Ace Jello Concepcion, Sangguniang Bayan session hall
Disclaimer:
The comments posted on this site do not necessarily represent or reflect the views of management and owner of POLITICS.com.ph. We reserve the right to exclude comments that we deem to be inconsistent with our editorial standards.