Mayor Bote’s wife to take over as VM of Gen. Tinio, Nueva Ecija 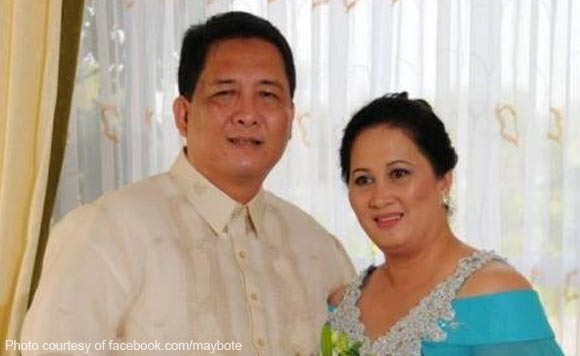 The wife of slain Mayor Ferdinand Bote is thankful about the arrest of two alleged gunmen and hopes the arms of the law would soon reach to the mastermind.

“Gusto po naming malaman kung sino po talaga yung behind sa kaso na ito at sino ang talagang mastermind (I really want to know who is really behind this case and who is really the mastermind),” Mayvelyn Bote said.

PDP- Laban, the party of the late mayor, is expected to nominate Bote (Mayvelyn) to the Sangguniang Bayan for a seat that would be permanently vacated since the top councilman is now the vice mayor.

Bote’s wife thanked President Duterte and the Philippine National Police (PNP) for their exhaustive efforts to bring the culprits to justice.

“Sobrang sakit po ang nangyari sa asawa ko. Hindi po kami titigil hanggang hindi namin nakukuha ang hustisya sa tulong ng ating pangulo at kapulisan (What had happened to my husband was so painful. We will not stop until we attained justice with the help of the President and the police),” Bote said.

She said her husband led a simple life ever since. He did not have security escorts because he always believed that God is always with him, she said.

“I hope this will not happen again to others who are in government position. It was so painful,” she said.

There are at least seven people who police said have something to do with the killing. (PNA)

Politiko would love to hear your views on this...
Spread the love
Tags: Ge. Tinio, Mayor Ferdinand Bote, Mayvelyn Bote, Nueva Ecija, Philippine National Police, President Duterte
Disclaimer:
The comments posted on this site do not necessarily represent or reflect the views of management and owner of POLITICS.com.ph. We reserve the right to exclude comments that we deem to be inconsistent with our editorial standards.