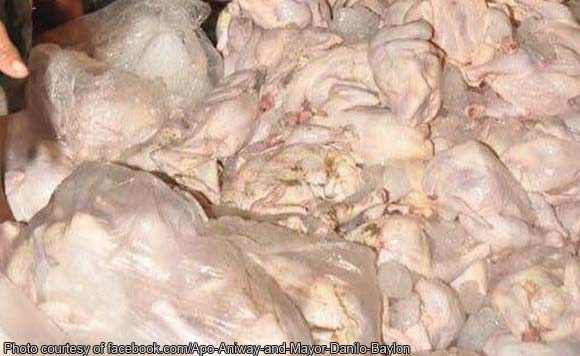 Candaba Mayor Danilo Baylon said that the municipality is losing P8 million in sales daily because of the Bureau of Animal Industry’s (BAI) ban on the movement of birds and poultry products from Luzon to other parts of the country.

The Pampanga politiko said that although Candaba is not affected by the bird flu outbreak in San Luis, the municipality’s duck industry has been hit by the ban.

“We cannot tell the ducks to stop laying eggs. There is supply but nowhere to sell the eggs,” Baylon said.

The local government of Candaba earlier asked the BAI to exempt the municipality from the ban since it is not affected by the bird flu outbreak.

Politiko would love to hear your views on this...
Spread the love
Tags: Bureau of Animal Industry, Candaba, Mayor Danilo Baylon, Mindanao, Visayas
Disclaimer:
The comments posted on this site do not necessarily represent or reflect the views of management and owner of POLITICS.com.ph. We reserve the right to exclude comments that we deem to be inconsistent with our editorial standards.