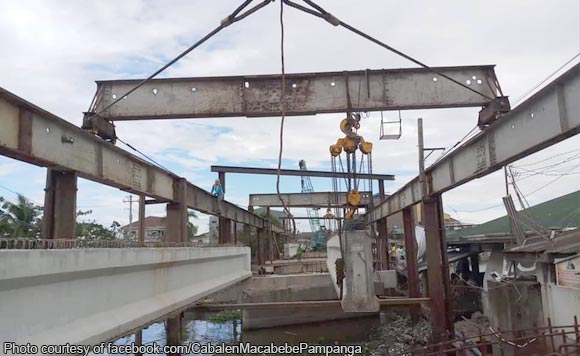 Mayor Annette Balgan of Macabebe, Pampanga scolded a contractor that failed to complete a bridge project in the municipality.

According to a statement Thursday of the Department of Public Works and Highways Region III Office, Balgan even threatened the contractor for the construction of the Caduang Tete Bridge to face total ban from future infrastructure projects of government.

“I will exhaust all means under my power to go to DPWH to cancel your license and your ultimate ban from public works contractors,” the agency quoted Balgan to have told the contractor’s Project Manager in a recent coordination meeting.

The construction of the Caduang Tete Bridge commenced in May 2018 and was initially targeted for completion four months later.

The series of severe weather disturbances that hit Luzon over the last few months affected the work progress, prompting the completion date to be moved to Nov. 30.

But it made another adjustment of up to Dec. 15th, only to fail again.

Balgan said the delay in the completion of the project is causing inconvenience to residents of Macabebe and Masantol towns.

She said she will call for weekly rallies among her constituents if the bridge remains unfinished in January 2019, which was the new commitment of the contractor.

Politiko would love to hear your views on this...
Spread the love
Tags: Annette Balgan, Balgan, bridge project, Caduang Tete Bridge, Department of Public Works and Highways Region III Office, Macabebe, Pampanga
Disclaimer:
The comments posted on this site do not necessarily represent or reflect the views of management and owner of POLITICS.com.ph. We reserve the right to exclude comments that we deem to be inconsistent with our editorial standards.