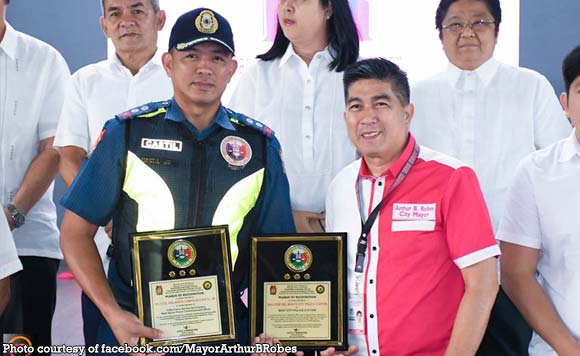 This year has not been shy of recognition for his beloved city. Recently, the Philippine National Police-City of San Jose del Monte (PNP – CSJDM) received not just one but four awards during the 118th Police Anniversary!

The following awards are as follows:

3. Most Number of Arrested Person during the police operation. (City Level)

4. Most Number of Confiscated FA during the police operation. (City Level)

Congratulations, everybody! Keep up the good service.

Politiko would love to hear your views on this...
Tags: Philippine National Police-City of San Jose del Monte, San Jose del Monte Bulacan Mayor Arthur Robes
Disclaimer:
The comments posted on this site do not necessarily represent or reflect the views of management and owner of POLITICS.com.ph. We reserve the right to exclude comments that we deem to be inconsistent with our editorial standards.