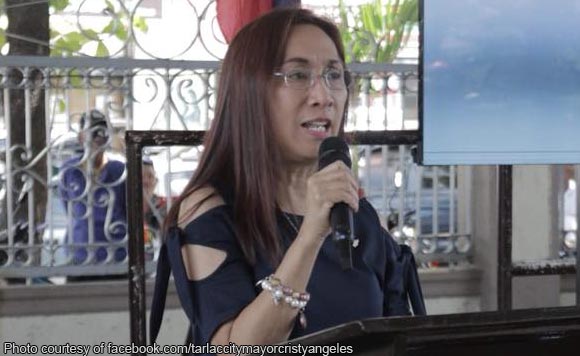 This was her message when she graced the “2-in-1 Economic Forum Seminar” by the Economics students held at the Tarlac State University on April 30.

The forum was organized by Eco-3A Political Economy Class where Angeles was invited as a guest speaker.

The local chief executive said her administration has implemented measures based on transparency in order to cope with the financial challenges.

She recalled the financial difficulties that her administration faced when she assumed office and how through “strong political will and being beholden to the people of our City have managed to turn around Tarlac City’s financial situation.”

Angeles said aside from belt-tightening measures and massive revenue collections, the city government also reviewed and canceled contracts that were disadvantageous to the people.

She said this greatly contributed to the increase in cash availability and financial improvement of the local government.

With this, she said projects and programs that directly affect the lives of the Tarlaquenos “were and are currently being implemented.”

Politiko would love to hear your views on this...
Spread the love
Tags: Eco-3A Political Economy Class, Mayor Cristy Angeles, Political Economy Class, Tarlac City, Tarlac State University
Disclaimer:
The comments posted on this site do not necessarily represent or reflect the views of management and owner of POLITICS.com.ph. We reserve the right to exclude comments that we deem to be inconsistent with our editorial standards.