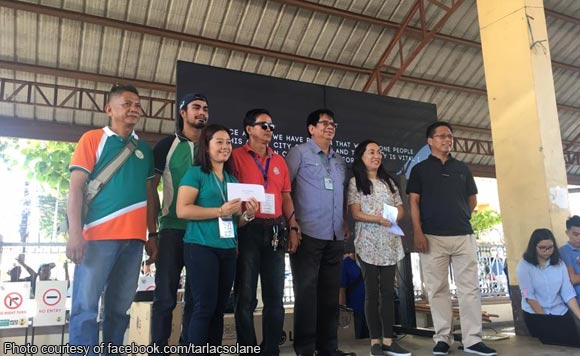 Tarlac Mayor Cristy Angeles led the awarding ceremonies of the winners of the 1st Adobo Fest Competition during the city’s 19th Charter Anniversary.

The traditional adobo recipe was tweaked by the city government’s different departments using other ingredients.

The Tarlac City Health Office took home the adobo crown and received a grand prize of P30,000. Meanwhile, the City Tourism Office received P20,000 for 1st runner-up honors while the City Engineer’s Office got P10,000 for finishing 2nd runner up.

This year’s competition was a dry-run for a bigger one next year.

Politiko would love to hear your views on this...
Spread the love
Tags: Adobo Fest Competition, Charter Anniversary, Cristy Angeles, Tarlac
Disclaimer:
The comments posted on this site do not necessarily represent or reflect the views of management and owner of POLITICS.com.ph. We reserve the right to exclude comments that we deem to be inconsistent with our editorial standards.