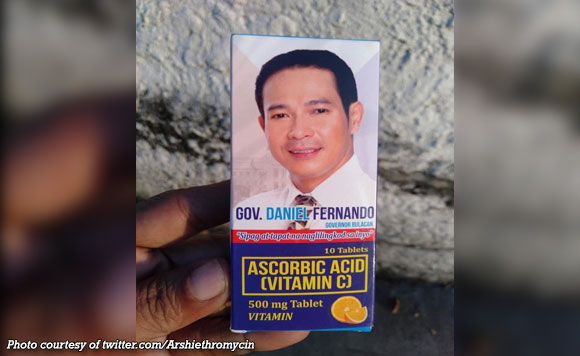 Bulacan Governor Daniel Fernando is now getting criticisms on twitter following a viral tweet showing a box of of Vitamin C tablets bearing his name and photo.

Twitter celebrity and pharmacist @arshiethromycin tweeted a photo of the said tablets and asked if there are new labeling requirements for medicines.

Politiko would love to hear your views on this...
Spread the love
Tags: Bulacan, Governor Daniel Fernando
Disclaimer:
The comments posted on this site do not necessarily represent or reflect the views of management and owner of POLITICS.com.ph. We reserve the right to exclude comments that we deem to be inconsistent with our editorial standards.