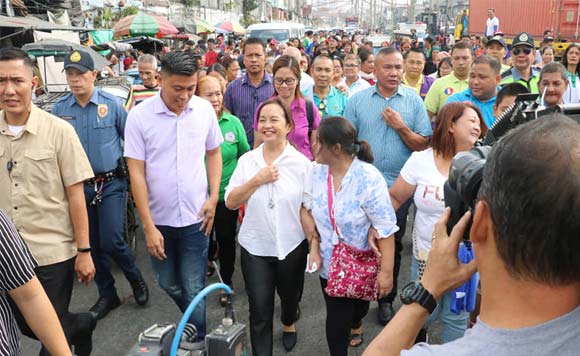 Speaker Gloria Macapagal Arroyo extends her public service efforts even in areas beyond her hometown.

The certificates of land were awarded to the families by the National Housing Authority after 15 years of waiting.

The grants apparently became possible because of Arroyo’s Presidential Proclamation No. 581 which converted parts of Parola in Tondo and Binondo for socialized housing program.

Politiko would love to hear your views on this...
Spread the love
Tags: Binondo Manila, national housing authority, Parola, Presidential Proclamation No. 581, public service, Speaker Gloria Macapagal-Arroyo
Disclaimer:
The comments posted on this site do not necessarily represent or reflect the views of management and owner of POLITICS.com.ph. We reserve the right to exclude comments that we deem to be inconsistent with our editorial standards.