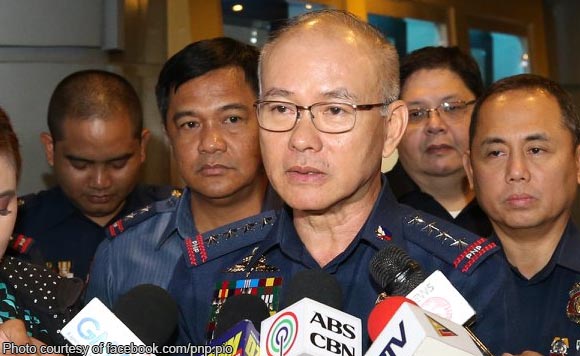 MANILA — Police are following up on leads on possible suspects in the killing of Fr. Richmond Nilo in Nueva Ecija over the weekend.

“So far, nakita natin (what we have seen) is a CCTV (footage). Mayroon na tayong (We now have a) follow up. The investigator and the regional director asked for two days. Mayroon silang(They already have) persons of interest. At least dalawa (two). Dahil nakita natin naka-motor (We have seen them riding motorcyles). Mayroon naman silang nakuha na sketch (They got a sketch). Di pa mailabas dahil ongoing ang operations (We cannot publish it now because operations are ongoing). After two days, we can publish their artist’s sketch,” Albayalde told newsmen.

The CCTV footage was obtained from a barangay hall on the road leading to the chapel at Barangay Mayamot, and was taken shortly before and after the priest was gunned down.

Corpus, for his part, said they are looking at the possibility that complications arising from land disputes the priest was mediating in behalf of persons who sought his help could be a possible motive for the killing.

“Alam natin si Fr. (Nilo) supportive sa mga agrabyado especially mga minors, at (We know that Fr. Nilo is supportive of those who are oppressed especially minors and those involved in) land dispute. Hindi actually siya mismo. May mga tinutulungan siya. Nagkaroon siya ngdeath threats doon (He was not the one directly involved. He was helping others. He received death threats because of that). We already have documented leads and we are gathering more evidence,” Corpus said.

The PNP chief said the police are presently attempting to access the slain priest’s cellphone for clues with the help of relatives. (PNA)

Politiko would love to hear your views on this...
Tags: Amador Corpuz, Fr. Richmond Nilo, Nueva Ecija, Oscar Albayalde, Zaragoza
Disclaimer:
The comments posted on this site do not necessarily represent or reflect the views of management and owner of POLITICS.com.ph. We reserve the right to exclude comments that we deem to be inconsistent with our editorial standards.