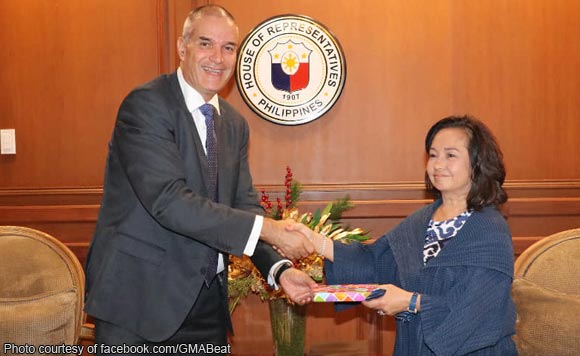 According to the politiko’s post on Facebook, Arroyo and Harpaz discussed “various issues that are aimed at improving bilateral relations between the Philippines and Israel.”

Politiko would love to hear your views on this...
Spread the love
Tags: Israel, Pampanga 2nd District, Philippines Rafael Harpaz, Speaker Gloria Macapagal-Arroyo
Disclaimer:
The comments posted on this site do not necessarily represent or reflect the views of management and owner of POLITICS.com.ph. We reserve the right to exclude comments that we deem to be inconsistent with our editorial standards.