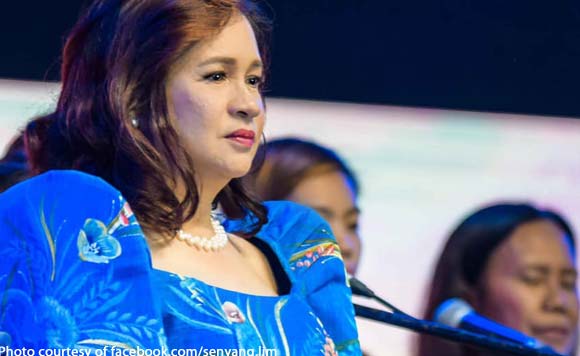 Last Sunday, the mayor shared a video of Pomoy’s finale performance for America’s Got Talent. The mayor did not caption her post but the mere act of sharing spoke volumes of her support. Pomoy sang “Beauty and the Beast”in his finale performance that got a standing ovation from the audience and compliments from the judges but Simon Cowell criticized his song choice. Many came to the rescue of Pomoy who apparently did not pick the finale song.

The winner will be announced a week from now. Till then, the whole Philippines is in frozen mode, waiting for Pomoy’s fate.

Politiko would love to hear your views on this...
Post Views: 0
Spread the love
Tags: Marcelito Pomoy., Masinloc Mayor Arsenia Lim
Disclaimer:
The comments posted on this site do not necessarily represent or reflect the views of management and owner of POLITICS.com.ph. We reserve the right to exclude comments that we deem to be inconsistent with our editorial standards.