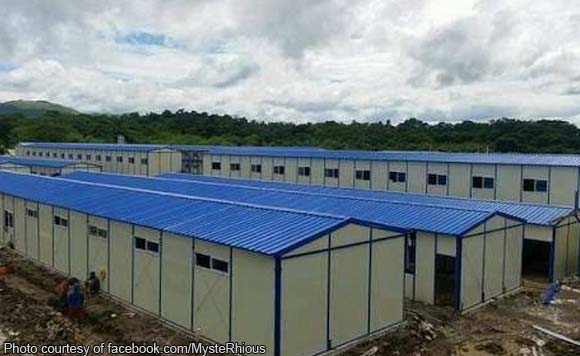 The Malacañang clarified on Thursday that the construction of the 10,000-bed drug rehabilitation center in Fort Magsaysay, Nueva Ecija did not involve any public money.

In a press conference, Presidential Spokesperson Harry Roque said the project was funded through the P1.4-billion donation of Chinese philantropist Huang Rulun, and not by the Philippine government.

Roque also brought up the comment of Dangerous Drugs Board (DDB) chair Dionisio Santiago that the mega drug rehab center was a “mistake” and “impractical. Santiago said the money should have been used to develop community-based rehabilitation programs that were proven to be more effective.
“Although that was the opinion of the Dangerous Drugs Board head, our assurance is no government funds were wasted there. That was a decision made by the donor and we can’t do anything about it,” Roque said.

Roque clarified, however, that the government would still consider Santiago’s suggestion to create community-based drug rehabilitation programs as part of the strategy recommended by the DDB.

Politiko would love to hear your views on this...
Post Views: 0
Spread the love
Tags: Dangerous Drugs Board, Dionisio Santiago, Fort Magsaysay, Huang Rulun, Malacanang, Nueva Ecija, Presidential Spokesperson Harry Roque
Disclaimer:
The comments posted on this site do not necessarily represent or reflect the views of management and owner of POLITICS.com.ph. We reserve the right to exclude comments that we deem to be inconsistent with our editorial standards.