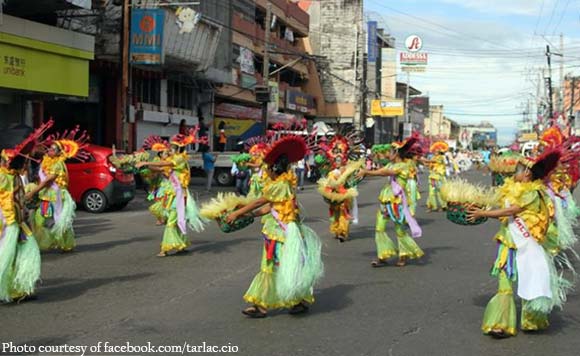 The Tarlac City Information Office on Tuesday shared on its Facebook page a copy of Proclamation No. 650, issued by Duterte, through Executive Secretary Salvador Medialdea.

“It is but fitting and proper that the people of the City of Tarlac be given full opportunity to celebrate and participate in the occasion (of the 3rd Kaisa Festival) with appropriate ceremonies,” the proclamation, issued Jan. 14, said.

It was followed with a Thanksgiving Mass on Monday at the Tarlac City Hall, and a Mega Jobs Fair on Tuesday at the Magic Star Mall.

A trade fair is set on Jan. 17 until the 20th at the Tarlac City Plazuela.

Also on Jan. 17, the Pana-pana Street Dance will be held at the Tarlac City Plazuela, at 2 p.m.

On Friday, Jan. 18, the Grand Float Parade will commence at 1 p.m., while the Kaisa Music Festival is set at 6 p.m.

The Grand Homecoming Night will take place on Saturday, Jan. 19, at 6 p.m., also at the Tarlac City Plazuela.

Capping the festivity is the Miss Tarlac City 2019 Grand Coronation Night on Jan. 20 at the Tarlac City Plazuela.(END)

Politiko would love to hear your views on this...
Post Views: 46
Spread the love
Tags: 3rd Kaisa Festival, Executive Secretary Salvador Medialdea, president Rodrigo Duterte, Tarlac City, Tarlac City Plazuela
Disclaimer:
The comments posted on this site do not necessarily represent or reflect the views of management and owner of POLITICS.com.ph. We reserve the right to exclude comments that we deem to be inconsistent with our editorial standards.