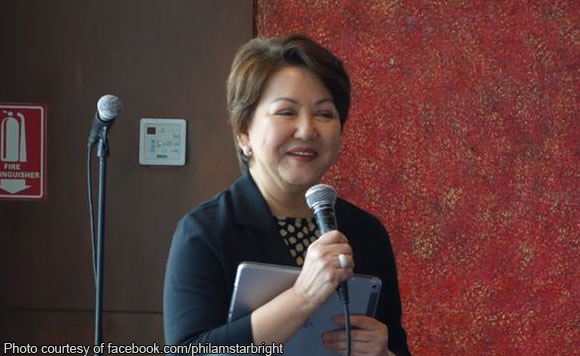 The National Irrigation Administration (NIA) will finally start the P990.37 million reconstruction of the Bulo Dam, which was destroyed by typhoon seven years ago.

“The continued lobbying of Rep. Lorna Silverio of the 3rd District of Bulacan for the funding of the project paid off,” said NIA administrator retired Gen. Ricardo Visaya during the groundbreaking ceremony Monday for the rehabilitation project.

The dam will serve not only as flood control but also as a source of irrigation water for the farmlands in Barangay Kalawakan in this town and Barangay Malibay in San Miguel town.

At least 500 farmers are expected to benefit as the dam will provide irrigation water to 35 hectares of rice land in Barangay Kalawakan in this town and 535 hectares in Barangay Malibay in San Miguel town.

“This will help increase agriculture production for 200 hectares of rice land and 370 hectares for diversified crops during dry season aside from serving as a development site for inland fish culture in the upstream of Bulo Dam that will provide additional employment opportunities to the residents in the said areas,” Visaya said.

The main canals are 4.20 kilometers in the north side and six kilometers south side with 13-kilometer lateral canals.
The Bulo Dam was originally constructed by the Department of Public Works and Highways as a flood-control project for the downstream Bulo River of San Miguel town.

However, it was destroyed by heavy rains spawned by typhoon Pedring in September 2011. Floodwaters caused the earthen dam to break. (PNA)

Politiko would love to hear your views on this...
Spread the love
Tags: Barangay Malibay, Bulo Dam, Gen. Ricardo Visaya, National Irrigation Administration, Rep. Lorna Silverio, San Miguel town
Disclaimer:
The comments posted on this site do not necessarily represent or reflect the views of management and owner of POLITICS.com.ph. We reserve the right to exclude comments that we deem to be inconsistent with our editorial standards.