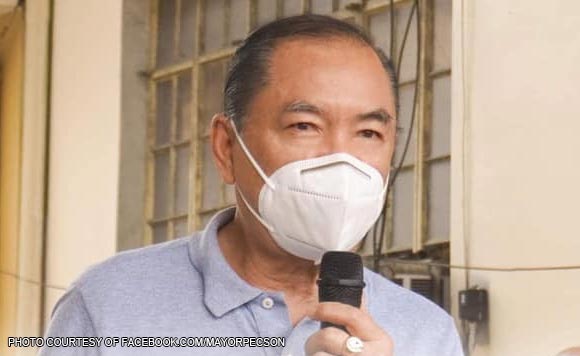 The mayor of Magalang town in Pampanga became the latest mayor in the province to test positive for Covid-19.

In a Philippine News Agency report, the mayor said he had isolated himself and assured his constituents that he would still perform his duties remotely.

Staff members who had contact with Pecson are now under strict home quarantine, he said.

Pecson was the latest mayor in Pampanga to be stricken with the disease, following the announcement of at least five others, according to PNA.

Other mayors who contracted the disease were Rene Maglanque of Candaba, Darwin Manalansan of Floridablanca, and Leonardo Flores of Macabebe.

Politiko would love to hear your views on this...
Post Views: 9
Spread the love
Tags: Covid-19, Magalang, Mayor Romulo Pecson, Pampanga
Disclaimer:
The comments posted on this site do not necessarily represent or reflect the views of management and owner of POLITICS.com.ph. We reserve the right to exclude comments that we deem to be inconsistent with our editorial standards.