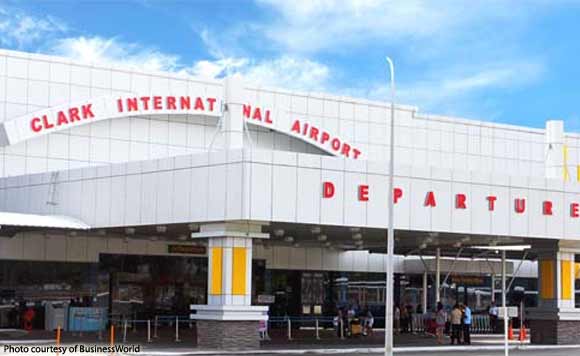 The Philippine Airlines (PAL) on Wednesday ramped up its operations by formally launching its third domestic flight that will connect Clark International Airport (CRK) in Pampanga to Davao, President Rodrigo Duterte’s hometown province.

The Davao route came at the heels of the January 30 Clark-Cebu flight launch, the international flights to Incheon in South Korea on January 1, and Clark-Caticlan last December 16, 2016, making Clark Airport as PAL’s secondary hub for their North Luzon operations.

The Davao route flies every Wednesday, Friday and Sunday.

PAL president and CEO Jaime Bautista said the direct flights to Davao will allow passengers from Central and Northern Luzon to fly to President Dutere’s hometown without transiting Metro Manila.

“The history of PAL shows that wherever PAL flies, progress follows as what happened to Cebu, Bacolod and Iloilo and other major cities in the country,” Bautista said, adding that preparations are underway for the launching of two additional domestic flights to Palawan on March 26 that include Puerto Princesa and Busuanga.

Clark International Airport is included among several huge infrastructure development projects in what is billed by the Department of Transportation as the ‘golden age of infrastructure’ under the term of President Duterte.

Meanwhile, Arroyo commended PAL for its newest flight route in Clark that will benefit passengers wishing to tour various destinations in Mindanao.

“I want to see the Subic-Clark corridor to be the best logistic and service center in Southeast Asia,” the former president added.

Politiko would love to hear your views on this...
Post Views: 0
Spread the love
Tags: Alexander Cauguiran, Bacolod, Busuanga, Cebu, Clark domestic flights, Director Ronaldo Tiotuico, DOTr Secretary Arthur Tugade, Iloilo, Ninoy Aquino International Airport, North America, Philippine Airlines, president Rodrigo Duterte, Puerto Princesa
Disclaimer:
The comments posted on this site do not necessarily represent or reflect the views of management and owner of POLITICS.com.ph. We reserve the right to exclude comments that we deem to be inconsistent with our editorial standards.