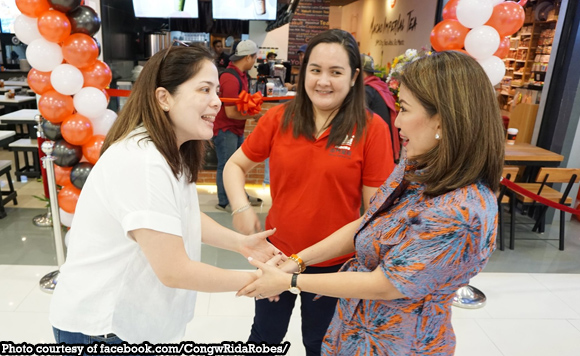 The milk tea craze has not died out. Its non-believers thought it’ll die young, given that it has a certain ring of a fad to it. It’s still here though, and more Filipinos have jumped into the guilty treat.

One of the most famous places among milk tea addicts is Macao Imperial Tea. Knowing this, San Jose del Monte Bulacan representative Rida Robes did not miss the opportunity to open one in her designated area of responsibility. Many flocked to the location in order to check out the Macao stall. Within minutes, the crowd began to thicken.

Politiko would love to hear your views on this...
Post Views: 13
Spread the love
Tags: Bulacan, Filipinos, Its non-believers, Macao Imperial Tea, San Jose Del Monte
Disclaimer:
The comments posted on this site do not necessarily represent or reflect the views of management and owner of POLITICS.com.ph. We reserve the right to exclude comments that we deem to be inconsistent with our editorial standards.