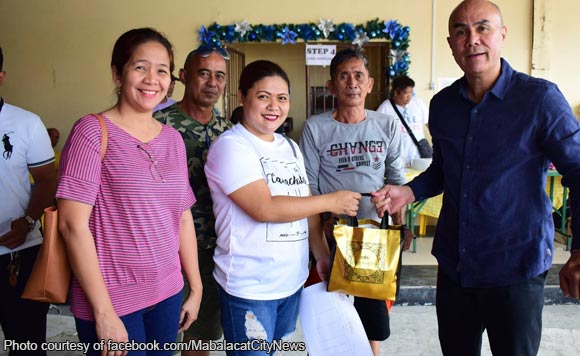 According to the city information office, a total of 8,000 packages were distributed to LGU employees that included permanent, casual and job order staff, barangay health workers, and barangay nutrition scholars.

The recipients also included Child Development Workers, PNP and BFP personnel, Department of Education division and Mabalacat City College employees, those from the Association of Barangay Councils and the Sangguniang Kabataan officials.

The package, which was prepared by the Mabalacat City Government’s General Services Office, contains a pack of hotdogs, one whole chicken, one ham, and a box of cheese.

The city information office said Garbo hopes the simple gift from the local government “will bring joy to the households of the recipients” as he wished them “a prosperous and a bountiful new year.”

Politiko would love to hear your views on this...
Spread the love
Tags: Crisostomo Garbo, Department of Education, local government, Mabalacat City, Pampanga
Disclaimer:
The comments posted on this site do not necessarily represent or reflect the views of management and owner of POLITICS.com.ph. We reserve the right to exclude comments that we deem to be inconsistent with our editorial standards.