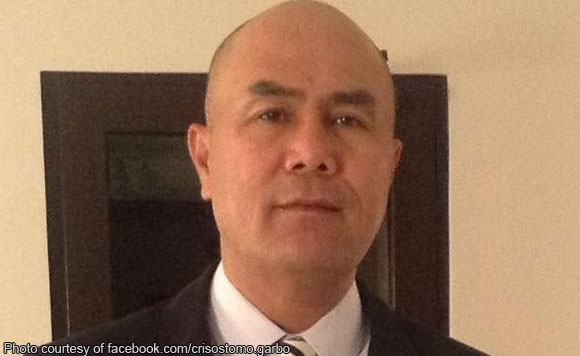 On its Facebook page, the city government said Garbo graced its Complementary Feeding Program that was conducted in Barangays Sta. Maria, Paralayunan, and Dapdap.

In Barangay Dapdap, a total of 1,847 students of Dapdap and Madapdap Elementary Schools benefited from the same activity.

Garbo was joined in the event by City Council Atty. Gerald Aquino, and some city government department heads.

“The local chief also thanked the stakeholders for supporting the program as well as expressed his utmost support not only to the children but to all Mabalaquenos as well,” the city government said.

Garbo, the city government said, expressed his gratitude to the parents, teachers and local officials and staff for supporting the fight of the local government against malnutrition in the city.

Politiko would love to hear your views on this...
Spread the love
Tags: Atty. Gerald Aquino, Complementary Feeding Program, Mabalacat City, Mayor Crisostomo Garbo, Pampanga, Paralayunan Elementary School, Sta. Maria, Sta. Maria Elementary School
Disclaimer:
The comments posted on this site do not necessarily represent or reflect the views of management and owner of POLITICS.com.ph. We reserve the right to exclude comments that we deem to be inconsistent with our editorial standards.