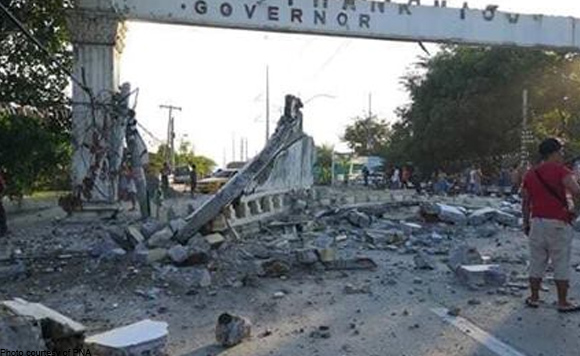 The number of families affected by the magnitude 6.1 earthquake that rocked Zambales, Pampanga and other parts of Luzon has now climbed to 3,632 families, which is equivalent to 17,410 persons, the National Disaster Risk Reduction and Management Council (NDRRMC) said in its 6 a.m. update Monday.

The same report, signed and released by NDRRMC executive director Ricardo Jalad, also disclosed that these families are from 41 barangays in Central Luzon.

Of this number, 986 families or 3,771 individuals are being aided inside six evacuation centers while another 951 families, which is equivalent to 4,756 persons, are being helped outside of the temporary shelters.

The number of fatalities is placed at 18 with another 243 had been injured and three others went missing in Region III and the National Capital Region (NCR).

Of the injured, 174 were validated with the other casualties still subject to further verification, the NDRRMC added. Damaged structures and buildings in Ilocos Region, Central Luzon, National Capital Region and Calabarzon were placed at 334.

Houses damaged by the earthquake was placed at 1,746, with 238 totally wrecked and 1,508 partially, in Bataan, Pampanga, and Zambales. (PNA)

Politiko would love to hear your views on this...
Spread the love
Tags: 41 barangays, 6.1 earthquake, Bataan, Central Luzon, Ilocos Region, National Disaster Risk Reduction and Management Council (NDRRMC), Pampanga, Zambales
Disclaimer:
The comments posted on this site do not necessarily represent or reflect the views of management and owner of POLITICS.com.ph. We reserve the right to exclude comments that we deem to be inconsistent with our editorial standards.