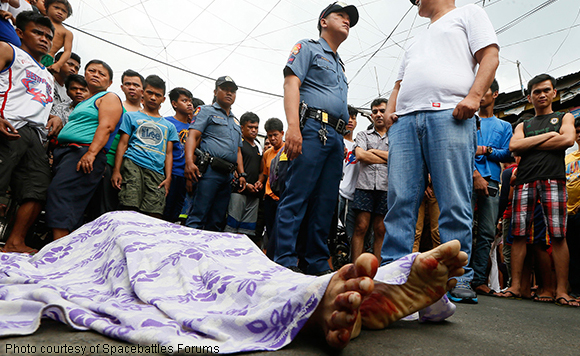 The League of Municipalities in the Philippines (LMP) -Bulacan Chapter has expressed its 100 percent support behind President Rodrigo Duterte’s all-out-war against illegal drugs as attested by the significant drop in the province’s crime rate.

Guiguinto Mayor Ambrosio Cruz, LMP Bulacan president, said all mayors in Bulacan have expressed their full backing to President Duterte’s war against illegal drugs during their visit at the Malacanang Palace last January 11.

The Chief Executive called for a meeting with the municipal and city mayors in the country wherein one of the discussed issues was how to suppress the illegal drug operation in their respective areas.

Cruz said that the no-nonsense crusade of the President against the proliferation of illegal drugs is also spilling over in the commitment of other crimes such as robbery, car theft and snatching among others.

“Many towns and cities in Bulacan have became peaceful. The intensified operations of the police have also put the heat on drug dealers while thousands of users are surrendering or getting rehabilitated,” the politiko added.

Cruz said that Bulacan Governor Wilhelmino M. Sy-Alvarado is very supportive of the intensified all-out campaign of local officials and the police as he urged his colleagues in Bulacan LMP to be strict in the implementation of tasks assigned to them by the people to further develop their towns and cities.

Politiko would love to hear your views on this...
Post Views: 3
Spread the love
Tags: Bulacan Governor Wilhelmino M. Sy-Alvarado, Guiguinto Mayor Ambrosio Cruz, League of Municipalities in the Philippines, Malacanang, president Rodrigo Duterte
Disclaimer:
The comments posted on this site do not necessarily represent or reflect the views of management and owner of POLITICS.com.ph. We reserve the right to exclude comments that we deem to be inconsistent with our editorial standards.