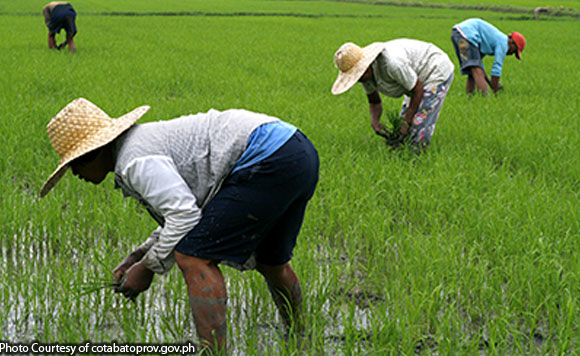 CABANATUAN CITY, Nueva Ecija – The Department of Agrarian Reform (DAR) and the Department of Social Welfare and Development (DSWD) have introduced an economic intervention that shields members and beneficiaries of several farmers’ organizations in this province from the adverse effect of the enhanced community quarantine (ECQ) brought by coronavirus disease 2019 (Covid-19) pandemic.

Jocelyn Ramones, provincial agrarian reform officer 1 (PARO 1) of the Department of Agrarian Reform (DAR)-Nueva Ecija, said on Sunday the program called Convergence Livelihood Assistance for ARBs Project (CLAAP) boosted the farmers’ stance as they reap the fruits of the different businesses they ventured into.

Ramones said the CLAAP was launched by the DAR and the DSWD before the end of 2019 with an aim at augmenting the household income of the agrarian reform beneficiaries (ARBs).

It became operational shortly before the implementation of the Luzon-wide ECQ in the middle of March.

“ARBs in Nueva Ecija who are members of DAR-assisted ARBOs (agrarian reform beneficiaries’ organizations) have ventured into 39 livelihood enterprises for the first phase after being clustered into 39 CLAAPs with 1,017 ARBs,” she said.

Among these livelihood enterprises, she said 25 are engaged in agricultural input supplies, nine in groceries and general merchandise; three in tilapia production, and one each in bakery/mini-bakeshop and animal feeds supply. These came with a total project fund of PHP15,788,000.

These enterprises are placed in different agrarian reform communities (ARCs) in the province and are being patronized by beneficiaries of the Pantawid Pamilyang Pilipino Program (4Ps), villagers and farmers.

Ramones said under the current condition, merchandise stores selling essentials such as rice, groceries, liquefied petroleum gas (LPG), and agricultural inputs which farmers themselves need for their households and farms, turned to be the bestsellers.

“Since these essentials are at the ARBs-ARBOs doorsteps, they don’t need to go to other barangays especially because everybody is advised to stay at home due to Covid-19,” she said.

On Saturday, a cluster led by Ruel Romila made PHP39,500 sales from 395 kilograms of tilapia which it sold for PHP100 a kilo.

The farmers, who received logistical support from the DAR-NE and training from the Central Luzon State University- Fisheries and Aquatic Center (CLSU-FAC), expect to harvest 15,000 to 16,000 kilograms of tilapia from their 2,000-square-meter pond.

Irene Subido dela Cruz of Tabacao, Talavera, this province said they make an average sale of PHP10,000 a day from their store despite limited hours of operation due to curfew that is being implemented under ECQ.

The national CLAAP has reported PHP32 million in gross sales, she added.

Ramones said DAR-NE chief Romeo Cordero is making sure the objectives of CLAAP are successfully attained in the province.

The DAR-DSWD partnership was a brainchild of DAR Undersecretary Emily Padilla.

Lawyer Maria Celestina Tam, DAR regional director, encouraged all provincial agrarian reform offices in Central Luzon “to implement this CLAAP properly so that the ARBs will benefit from it.” (PNA)

Politiko would love to hear your views on this...
Spread the love
Tags: agrarian reform beneficiaries (ARBs), Cabanatuan City, coronavirus disease 2019, Covid-19, Department of Social Welfare and Development, enhanced community quarantine (ECQ), Jocelyn Ramones, livelihood enterprises, Nueva Ecija, Pantawid Pamilyang Pilipino Program (4Ps), The Department of Agrarian Reform (DAR)
Disclaimer:
The comments posted on this site do not necessarily represent or reflect the views of management and owner of POLITICS.com.ph. We reserve the right to exclude comments that we deem to be inconsistent with our editorial standards.