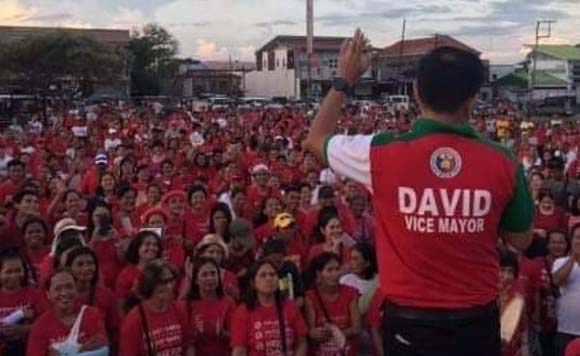 PDP-Laban bet Richie Jason David won the local elections against Obet Roque with 23,897 votes. But instead of shoving to Roque’s face his win, the newly-elected Limay Vice Mayor wants to hug his opponent.

For the love of country, he called everyone to unite and hug their enemies. He even ended his short message with a 😍 emoji, showing that he has long put the campaign war behind him. Vice Mayor David also changed his cover photo with a shot of him on stage, facing a crowd of supporters.

The election may be over, but let us follow Mayor’s example—-spread love and continue to be good citizens in the best way we can.

Politiko would love to hear your views on this...
Spread the love
Tags: campaign, country, Limay Vice Mayor, Obet Roque, Richie Jason David, supporters
Disclaimer:
The comments posted on this site do not necessarily represent or reflect the views of management and owner of POLITICS.com.ph. We reserve the right to exclude comments that we deem to be inconsistent with our editorial standards.