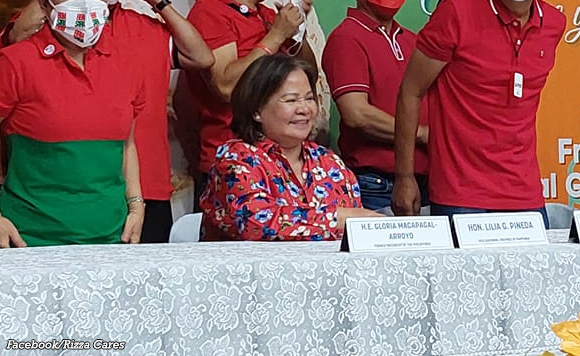 For her birthday wish this year, Pampanga Vice Governor Lilia Pineda only wants a safe and peaceful conduct of the elections in May, according to a Sun Star Pampanga report.

Celebrating her 71st birthday on Monday at the Bren Z. Guiao Convention Center in San Fernando City, the vice governor said that was one of her hopes for the country and her province in the coming months.

Pineda, who is running unopposed for her second term, also expressed hope that unity will prevail after the elections.

Politiko would love to hear your views on this...
Spread the love
Tags: Halalan 2022, Pampanga, Vice Governor Lilia Pineda
Disclaimer:
The comments posted on this site do not necessarily represent or reflect the views of management and owner of POLITICS.com.ph. We reserve the right to exclude comments that we deem to be inconsistent with our editorial standards.