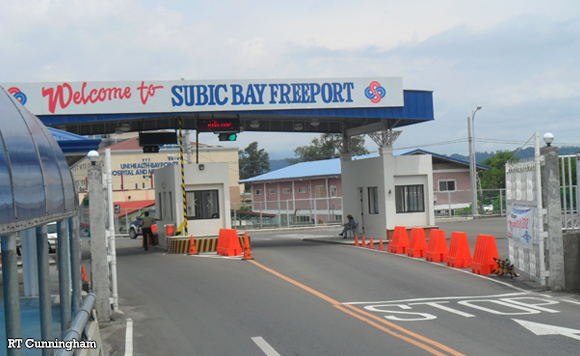 There are fewer than 500 Chinese workers left in Philippine offshore gaming operators (POGOs) based in the Subic Bay Freeport Zone, according to the Subic Bay Metropolitan Authority (SBMA).

In a statement, SBMA chair and administrator Wilma Eisma said more than a third of the 1,500 Chinese workers were forced to leave because Pogos could no longer sustain their operations during the pandemic.

“This is because the Pogo operators cannot do business after the declaration of the Luzon-wide enhanced community quarantine last March, and thus were losing money,” the official said.

The company reportedly lost more than P100 million because of the lockdown.

“As the Covid-19 pandemic continues to affect Pogo establishments, we can expect more Chinese workers here to be repatriated,” Eisma said.

Politiko would love to hear your views on this...
Post Views: 4
Spread the love
Tags: Chinese workers, Philippine offshore gaming operators (POGOs), SBMA chair and administrator Wilma Eisma, Subic Bay Freeport Zone, Subic Bay Metropolitan Authority (SBMA)
Disclaimer:
The comments posted on this site do not necessarily represent or reflect the views of management and owner of POLITICS.com.ph. We reserve the right to exclude comments that we deem to be inconsistent with our editorial standards.