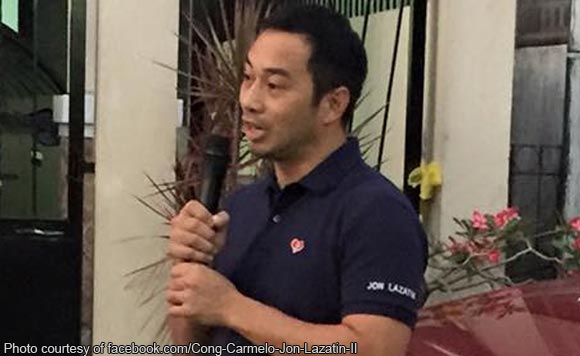 To spur further development in the province, Pampanga 1st District Rep. Carmelo Lazatin II is calling for the speedy implementation of all development projects concerning the Clark International Airport (CRK).

The politiko said this is in support of Executive Order No. 14, which President Rodrigo Duterte signed last February 28, “reverting the Clark International Airport Corp. (CIAC) as a subsidiary of the Bases Conversion and Development Authority (BCDA), and maintaining the policy supervision and operational control of the Department of Transportation (DOTr) over the CRK”.

“Considering the strong support of our President for the vision to convert Clark into an international civil aviation complex, which we are very thankful for, we should facilitate all the development efforts at CRK, including other tourism-related plans, for the benefit of our constituents,” Lazatin said.

He said all concerned government agencies must work together and rally around President Duterte’s objective to advance CRK’s growth, now that big-ticket projects are scheduled for completion.

The Pampanga solon also disclosed that the P2.9-billion CRK terminal expansion project is in its pre-construction phase and targeted to break ground by the fourth quarter of this year.

He said the DOTr has already released the first tranche of PHP6.6 million intended for the crafting of a detailed engineering design to be used in building the ambitious undertaking that would increase the airport’s passenger transaction capacity to 8 million yearly.

He also noted the government’s long-term plan to construct Phases II and III of the aviation expansion terminal as soon as Phase I is finished by the end of 2019 or first quarter of 2020.

Politiko would love to hear your views on this...
Post Views: 0
Spread the love
Tags: Bases Conversion and Development Authority, BCDA president Vince Dizon, Clark International Airport, Clark International Airport Corp, Department of Transportation, Pampanga First District, President Duterte, Rep. Carmelo Lazatin II
Disclaimer:
The comments posted on this site do not necessarily represent or reflect the views of management and owner of POLITICS.com.ph. We reserve the right to exclude comments that we deem to be inconsistent with our editorial standards.